In September, your new class will be 5S.

Please see their class website page from the morning of Monday 13th July and watch the video to find out who your new teacher will be.

Your new teacher in year 4... I'm looking forward to seeing you!

Advice for parents and carers during school closure.

For the next few weeks, the school will be closed for the majority of pupils. During this time we will be setting you work to complete at home.

There will be a timetable of work uploaded onto this web-page for you to complete over the week. There will also be daily tasks added to purple mash. If you do not know your purple mash login please email me at the email address below.

If you have any issues completing the work or you want any extra support please contact me on the 4L email address. 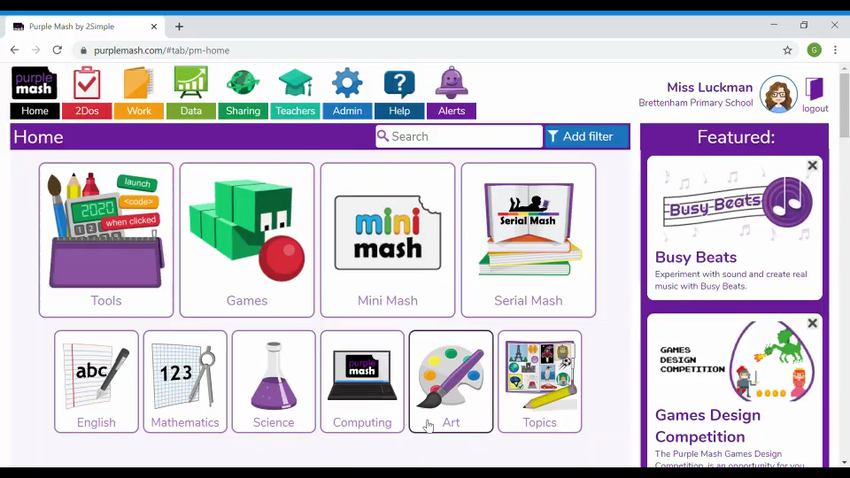 Purple mash are having a game design competition. This video will help explain how to make the games. 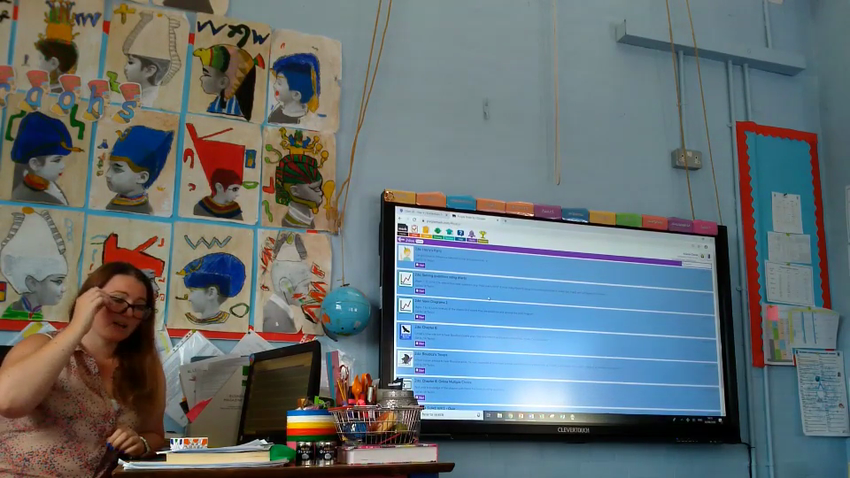 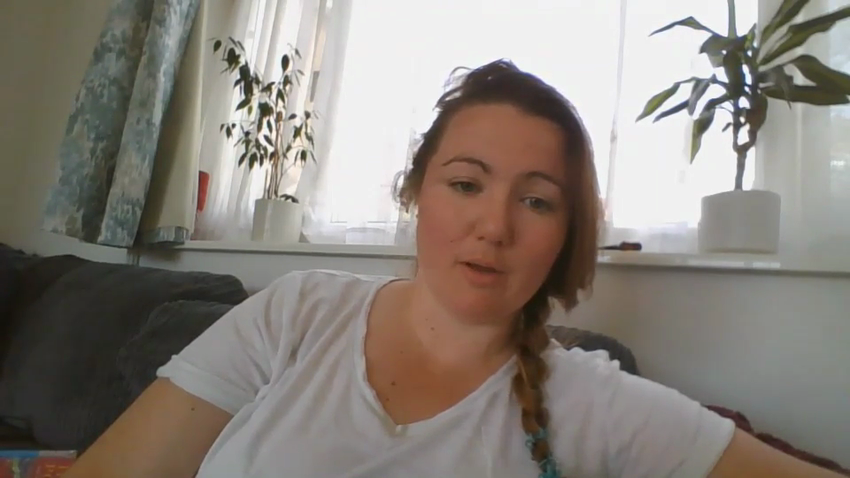 You chose.... Harry Potter and the Philosopher's Stone

Chapter 1 - The boy who lived

Chapter 3 - Letters from no one

Chapter 4 - The Keeper of the keys

Chapter 6 - The Journey from platform nine and three quarters 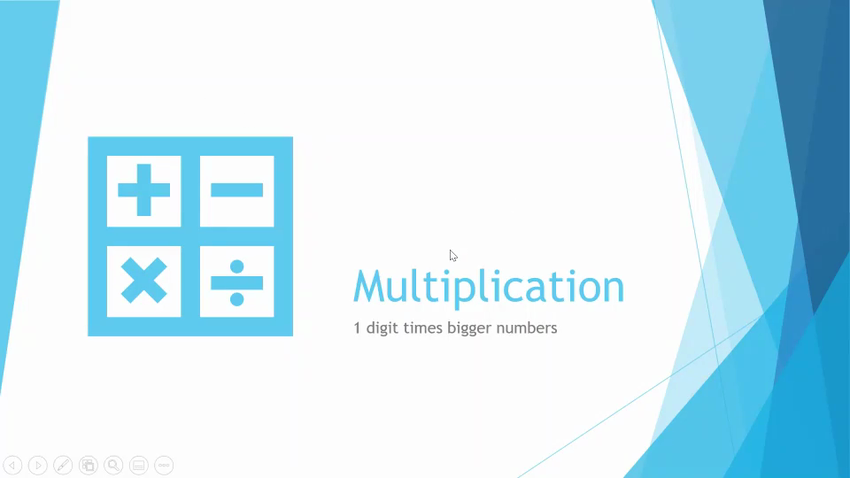 This video is made to remind you of how to set out and use column multiplication. Watch this before trying to redo "Using known facts" quiz as a reminder of what we have done in class.

Star of the week : Ruby! You have been working really hard at home, I was engrossed reading your chapter for the story! Keep this up!

Attendance: Ivan! After struggling to get onto purple mash, you are now accessing lots of work! Keep going!

Literacy: Mohammed! What an amazing story chapter! Read it below!

​For the next few yanks, Conan had spent most day with his uncle. When there was nothing to do for the 24 hour long day, Conan went back to the forge to help his father, who was busy making iron sharp spears, swords and knives. There were frequent messengers from the Iceni, although Conan never saw Boudica never again.It was usually two or three of the Iceni chiefs, flanked by men on horses. Sometimes, he recognised the faces of men from other tribes. Normally, they would not have been welcome: there had always been competition for land, crops and raw materials, which meant fights and squabbles between tribes. But now they had a common enemy: Rome. The humiliation of the Iceni queen Boudica and her daughters had angered many in his own tribe. They were angry at the Romans' refusal to return land that was theirs by right. There was also resentment that the Romans felt they were a superior race, and the Celts an unruly rabble. Even small boys and girls in his tribe had picked up on this and sometimes hid in the trees or bushes to hurl stones at the shields of passing Roman soldiers. Conan had never done this when he was a boy, although he and his friends had once found a Roman standard leaning against a tree while the soldiers were watering their horses. They had stolen it, waving it around as they took turns pretending to be the Roman Emperor. Conan had carried it home like a trophy, but he had hidden it because he thought his father would be angry if he found it. To his surprise, when Drest did find it, he had just smiled and winked at him. The work with Turi was quite boring and repetitive at first. There were endless sheets of bronze to be carefully hammered out. But the design of his carnyx excited Conan. Turi had told him he could choose any kind of animal: a boar, a snake, a dragon, or a wolf perhaps? Conan had spent several nights thinking about it until it came to him. Like Morrigan, Andraste, the war goddess of the Iceni, took the form of a raven. He would make his carnyx in the shape of a raven, the oldest and wisest of all birds, and a menacing symbol of darkness and death. He had watched them so many times flying over the marshes or in the woods that he knew every detail of their anatomy. He also knew that they had fifty or sixty different calls, though he was still learning to recognise them all.In spite of his excitement, he found that making a carnyx was painstaking and slow. For days, weeks even, the horn had lay in pieces on the table: bits of bronze tube, a hollow skull, a spring, two glinting eyes. Now, as he fitted the head into place, and checked that the jointed beak was working with the tongue moving like a clapper, the carnyx was coming to life. Conan stood back to admire his creation. He felt proud and a little in awe of it. This was the first time he had seen it put together. The long tube soared upwards, the full height of a man. At the top, the neck arched over, bearing the raven's head, framed by its splayed wing feathers. The eyes glinted black as soot and the thick, curving beak gaped open to reveal a blood-red tongue. The winter days were shortening and it was getting towards dusk. Conan hesitated. He should probably leave it until morning now to try the carnyx out. But he couldn't wait that long. The thing looked as if it were alive and he longed to hear the noise it could make. Throwing a cloak over his shoulders, he carefully lifted the carnyx and carried it outside. No one was about as he headed towards the woods. He would try it just once, to see what it sounded like. He had to practise breathing in through his nose while blowing out through his mouth, a circular breath that would fill the whole head of the carnyx with sound.
He glanced around to make sure he was alone. Most people would be in their roundhouses now, huddling around a fire. He hoisted the carnyx upwards, stretching out his arm to support the tube. Carefully, he placed his lips to the mouthpiece. Then, taking a deep breath in, he puffed out his cheeks and blew.
At first there was just a mousy squeak. He tried again, pursing his lips around the mouthpiece. This time, he began to get the hang of it. He took another deep breath, forcing it through the tube as if his cheeks were bellows. The sound seemed to grow, turning into a screech that rang through the woods: a harsh, ugly, braying noise that made his whole body shake. The tongue clapped inside the raven's head as the air filled its skull.
He heard another sound and looked upwards. In the dusky sky, something moved: a dark shape. It was a raven. He heard it cry,as if it were answering the call of the carnyx. He could see it, circling above the trees. Then he saw another and another, until the sky was black with ravens, swarming and wheeling above him as the daylight faded.

Star of the week : Huyla! You have been working really hard at home, I was really impressed with your coding efforts as you found that tricky at school!

Attendance: La'Kai! Well done for working consistently throughout the week!

Literacy: Huyla(again)! Well done for your effort in reading, and using that to help with your character descriptions!

Star of the week : Cuma Ali! You have been consistently completing your work. Keep working hard.

Attendance: Leila! Well done for attempting all the pieces of work.

Maths: Aaliyah! Keep working hard on your problem solving, I was impressed with your coding effort.

Literacy: Huseyin! Well done for your effort in reading, keep this up!

Star of the week : Kuba! Well done for trying really hard in your work this week. You always try to improve any redo's you're sent. It is really good to see.

Attendance: Ruby! Well done for attempting all the pieces of work, including a wonderful looking recipe.

Maths: Yasar! Great start to your maths work this term. Keep it up!

Literacy: Rayyan! Excellent work on your poem this week and sharing a story on the blog.

How to add work to the purple mash blog 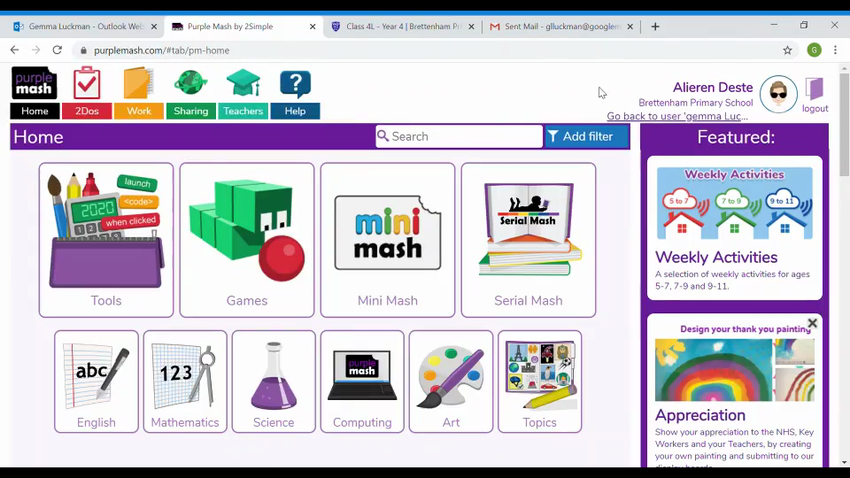 Here is a step by step guide to sharing your best work with the class. You can also share any photos of what you have been doing at home.

Mummification is the process the the Ancient Egyptians used to prepare their pharaohs for the afterlife. This involves removing their organs and drying out and cleaning the body. They use Natron (a type of salt) to dry out the body. They do this by filling the body with Natron and then covering it and leaving it for 70 days. Then the body can be wrapped in bandages. 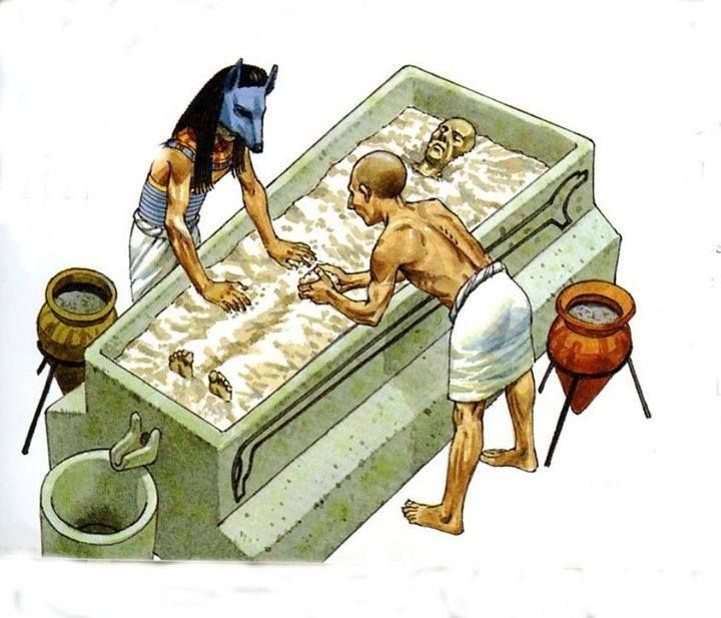 In 4L we became Embalmers for the afternoon. These were the highest priests in the land. We practiced our skills of opening a body, removing the innards, drying and packing a body all on a tomato.  It was harder work than it looked. Now we have to wait a week to see if the process has worked! 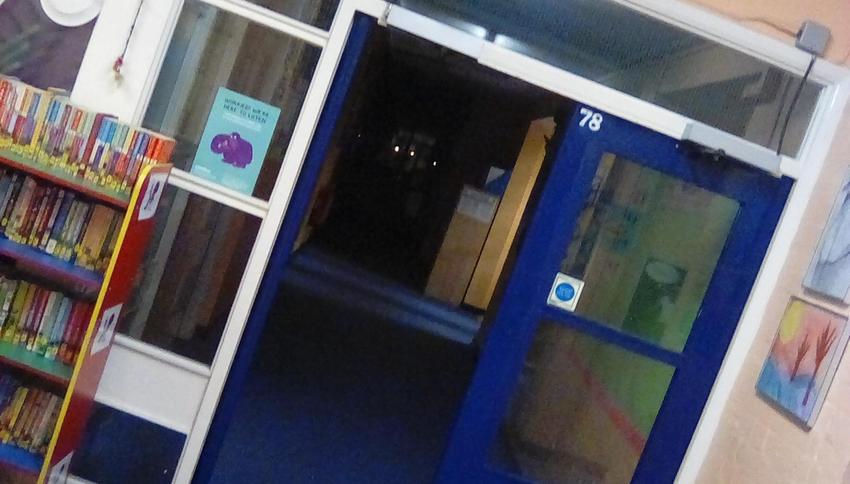 Children in Need Sleep Over

Thank you to all those children who stayed the night in the dark, cold school to raise money for children in need. We played games, sang, watched a film and slept very little. It was great to see so many of 4L there all night to keep Miss Luckman awake! 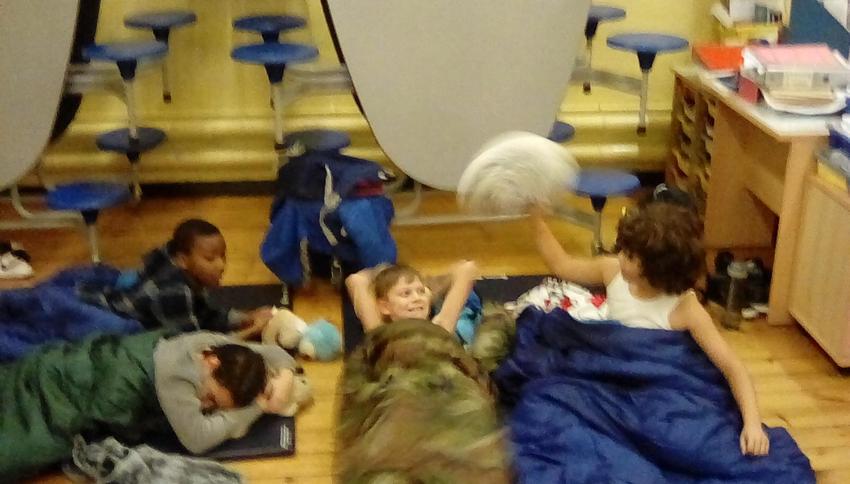 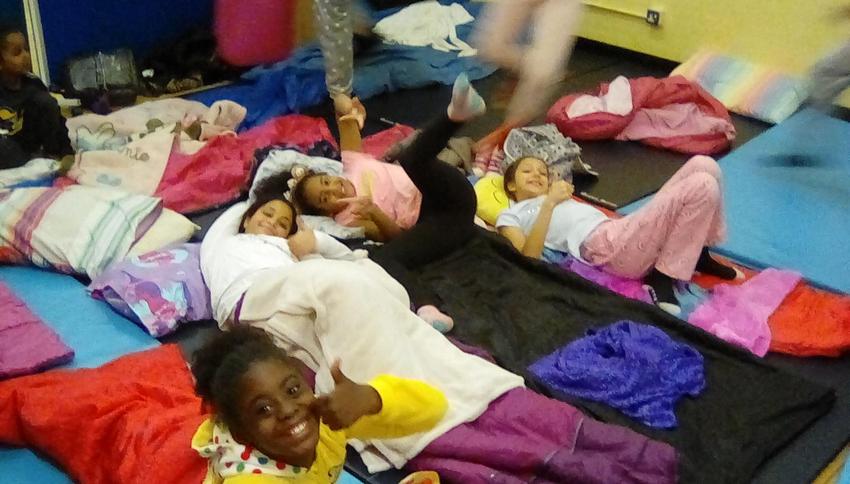 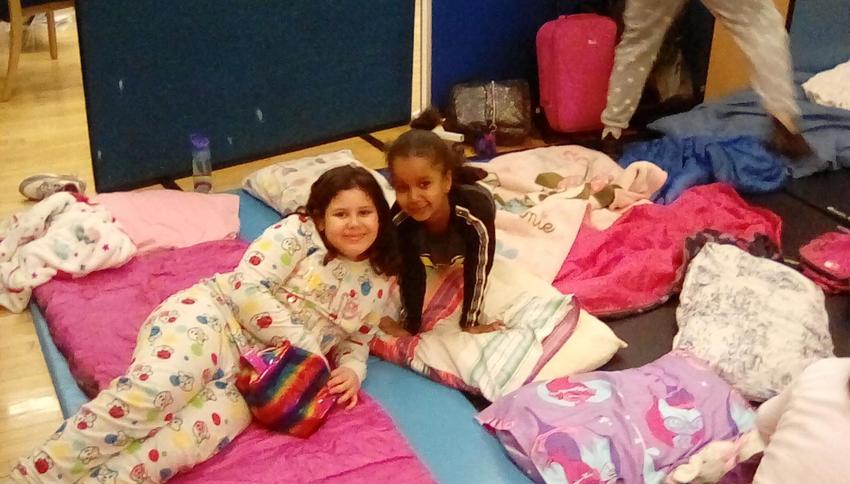 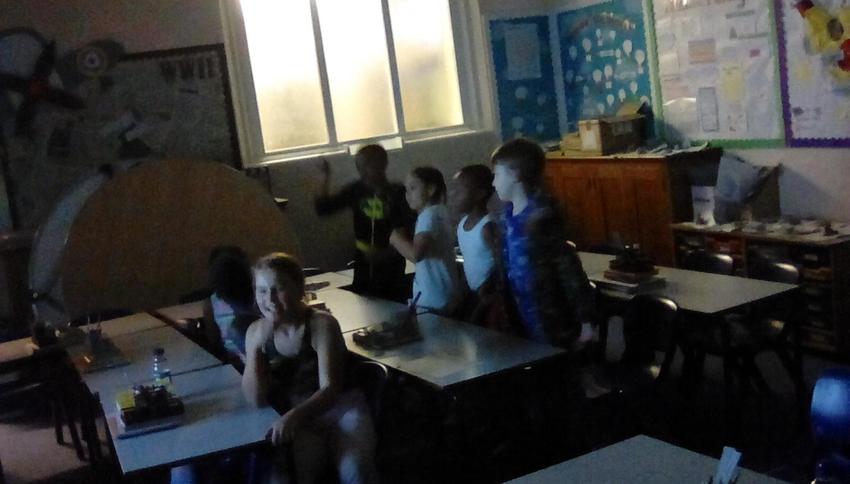 Class Assembly November 2019 - Watch full video at the link above

Year 4 had a fantastic trip to Standsted MountFitchet!

We got a real idea of what livi 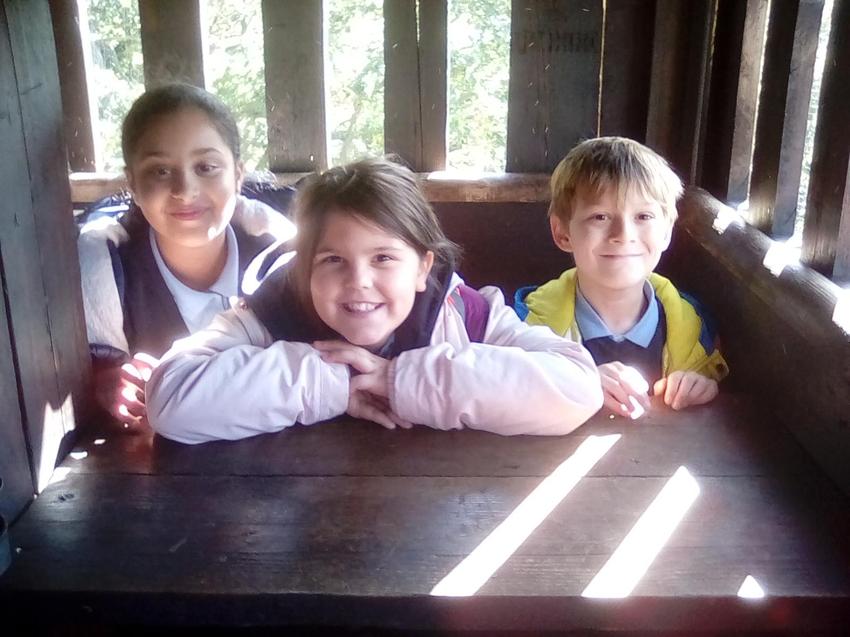 ng in the Anglo Saxon times would be like.